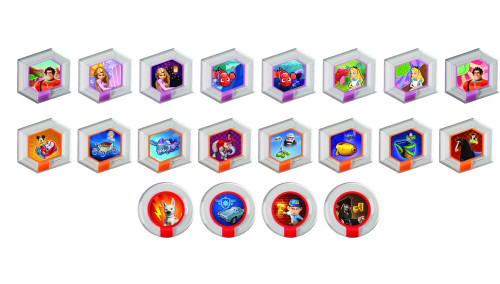 We are now less than 20 days out from the release of Disney Infinity and while the search will be on for characters to play with in the game’s Play and Toy Box Modes there is something else that will enhance gameplay and that something is the power discs. I just received a press release detailing the 20 power discs that will be in wave 1. There are even 3 Rare Hexagonal Discs. Some discs power up your figure. Some give them items or vehicles to use and some change the look of the terrain. There are so many possibilities and combinations for you to use in the game. Check out this fun trailer of the different things that power discs can do.

Pretty fun, huh? I thought so. I’m really looking forward to playing this game when it arrives. I’ll be telling you all about it, too. Below is the full reveal of the power discs from wave one. Check it out. 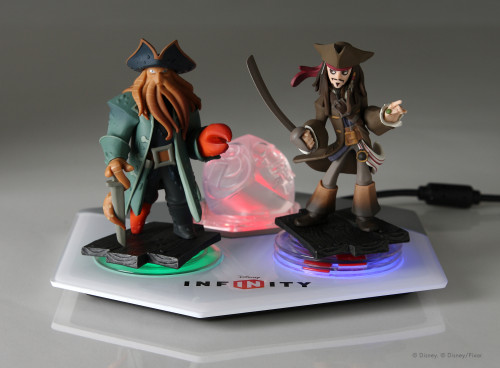 Disney Interactive today announced its first wave of the Disney Infinity Power Discs, additional play pieces that give gamers the opportunity to enhance and transform their experience. By placing either the Circular or Hexagonal Power Discs on the Disney Infinity base, it allows them to unlock special powers, classic Disney gadgets, themes and vehicles.

Starting at launch, the power discs will be available in blind packs of two for $4.99, making these collectable and tradable discs, a must have to enhance your Disney Infinity experience. Below is the full list of the Power Discs and additional information on Disney Infinity.

About Disney Infinity
Disney Infinity is an all-new video game initiative starring the beloved characters from Walt Disney and Pixar Studios’ most popular franchises. Players can place real-world toy versions of their favorite Disney characters onto a device called the Infinity Base and transport them into the virtual game worlds of Monsters University, the Incredibles, Cars, Pirates of the Caribbean and The Lone Ranger, as well as into a giant Toy Box.