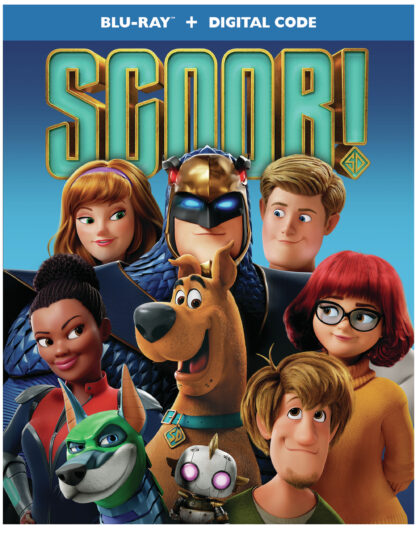 Warner Bros. Home Entertainment is supplying me with a copy of SCOOB to give away to my readers. Opinions of the movie are my own.

I grew up on the original Scooby Doo cartoons and I adored SCOOB when it came out to watch back on May 15th. I purchased the movie for us to watch as a family. Little did I know that I would be offered my own free copy from Warner Bros. I shared the wealth then and I am doing it again. This time with the release of SCOOB on Blu-ray. I have a SCOOB Blu-ray Combo pack to give away. Just enter through the Rafflecopter widget below.

More details about the Blu-ray release are below.

“SCOOB!” reveals the never-before-told story of Scooby’s origins. It shows how one of history’s most famous friendships began when an adorable, homeless puppy met a lonesome young boy named Shaggy, and how the two of them joined forces with aspiring young detectives Fred, Velma and Daphne to become the celebrated Mystery Inc. Now, with hundreds of cases solved and adventures shared, Scooby and the gang face the biggest and most challenging mystery of their careers: a plot that will unleash the legendary ghost dog Cerberus upon the world. As they race to stop this “dogpocalypse,” they discover that Scooby has a secret legacy and an epic destiny greater than anyone imagined.

It was directed by Warner Bros. animation stalwart Tony Cervone, an Annie Award nominee for the feature film “Space Jam,” two-time Emmy nominee for his work on “Duck Dodgers” and one of the creators of the popular Scooby-Doo series “Mystery Incorporated.”

The 4K UHD Combo Pack, Blu-ray and DVD versions of “SCOOB!” will all include a Digital copy of the film.

“SCOOB!” is also currently available for purchase from digital retailers.

6 thoughts on “Win a copy of SCOOB on Blu-ray”