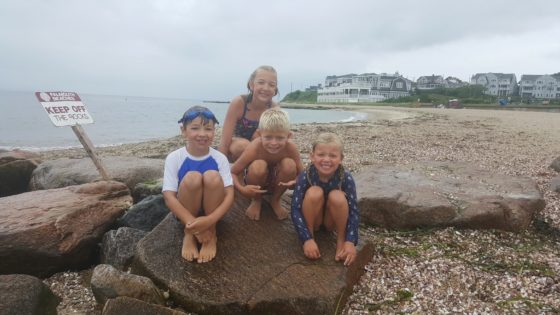 It was a rather rainy day today. We did not get rained on overnight in the tent but later on in the morning it began to rain. It actually began to rain during swimming lessons. Eva went to her lesson and while she was doing her lesson Allison and Andrew went for a swim. Today was the day that he could finally go under the water again. He had been waiting for this all clear day ever since his fall and stitches.

I had gotten a special pool float to review and so I brought it with me to the beach. It was a giant Rainbow Poop emoji Pool float from Coconut Floats. The kids helped me make a video about it and they had a lot of fun playing on it in the rain. 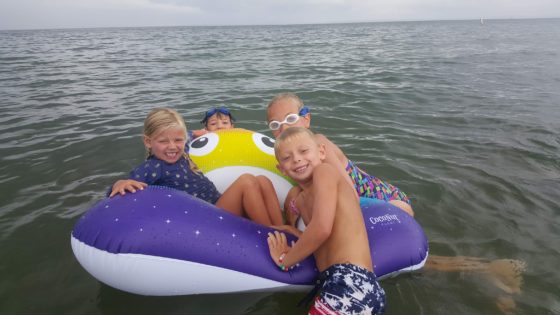 Later on tonight we continued our Northopoly game that we had started in Kentucky. We got a little further but the game continues still.