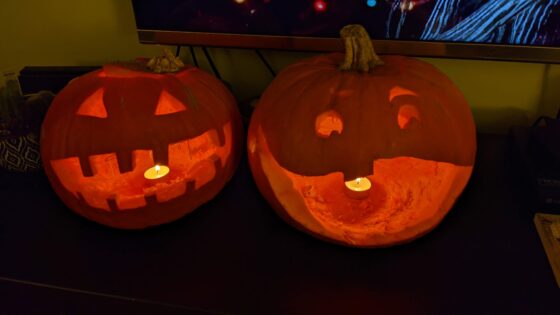 Halloween was a bit different this year. We did not get dressed up or go trick or treating. I have to work a 13 hour shift tonight because of the time change and since I run the switchboard on Saturdays I could not take time off. Also, it snowed and was super cold around here. So, instead we watched Nightmare Before Christmas and had take out from 5 Guys. The kids and Allison went and picked out pumpkins to carve and they also got candy to make up little bags for friend. Somehow we still have all that candy. 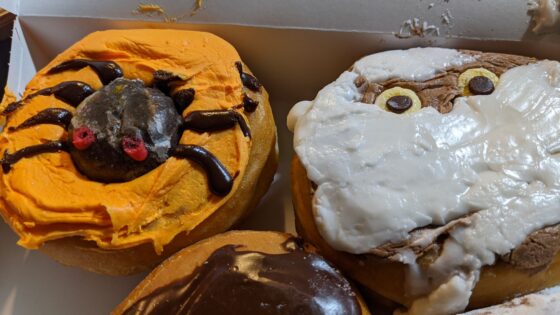 This morning I went off to Honey Dew and picked up some of their Halloween themed donuts. I really liked how they make a spider using the dew drop (Honey Dew’s name for munchkins). There was a second Mummy donut, I got one for Andy last week. The kids had a good time despite no trick or treating. 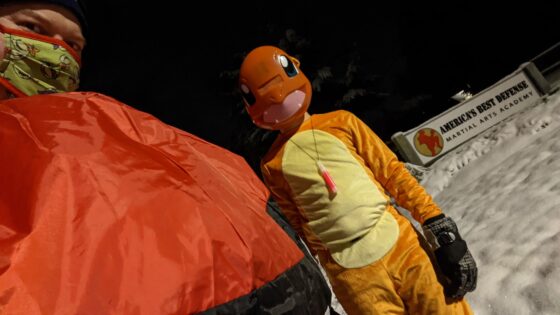 We woke up to a nasty trick from Mother Nature. Snow, 3 inches of wet heavy snow today. Actually when I woke up it was sleeting and then I went upstairs and worked in the office. When I got out and went downstairs I was so surprised to see the yard covered in snow. It did give me a chance to break in my new snow boots from Xero Shoes. I got their new style called the Alpine. Very comfortable.

We had quite a few things happening today. I had received a mailer from WB Home Entertainment for the movie BeetleJuice which was released on 4K Blu-ray. I was also doing a twitter party or tweet along with Jodie Sweetin from Full House. Eva had two friends over to watch the movie and so I watched the movie and tweeted while Eva and her two friends watched the movie. Andy was a bit freaked out by the movie so he wanted to watch something funny in our bed. He did come down for the Day-O scene. Wile this was going on Allison spent the time hanging with one of moms. The Twitter party was fun.

Prior to the Twitter Party I took Andy to America’s Best Defense for their Trunk or Treat and Haunted Dojo event. Last year I had done a car and it was such lame theme. I have to really up my game if I want to have a great trunk for next year. Maybe it was the cold and the snow but Andy and I whipped right through the trunk or treat and he did the haunted dojo and then we were back home. This would be his only trick or treating this year. He had a great time, though.